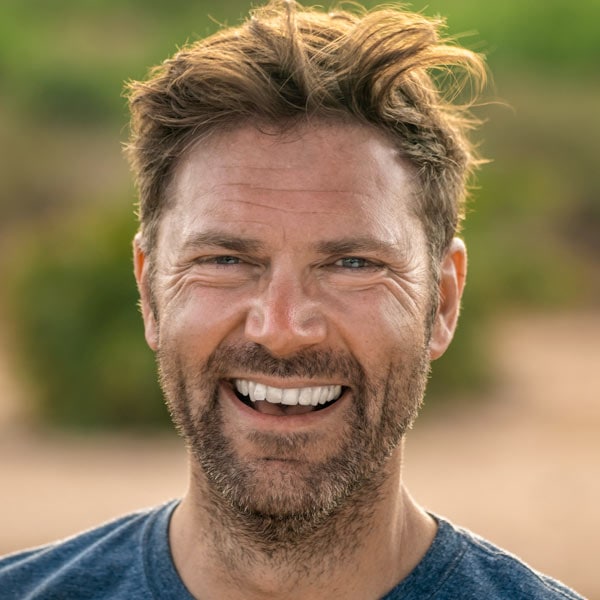 For years, O’Connor explored the world’s unique landscapes, conducting conservation research with an array of species. Yet the recent rapid decline in giraffe populations became a catalyst, leading him to focus entirely on preserving one of Africa’s most at-risk animals.

In the past 30 years, giraffe numbers have plunged. Today, there are less than 100,000 left on the planet, according to the International Union for Conservation of Nature (IUCN) Red List. Three of the four species of giraffes are considered as endangered, with two types deemed critically endangered.

There are fewer giraffes in the wild than African elephants, which outnumber giraffe 4 to 1.

“I immediately saw the potential of Save Giraffes Now,” O’Connor said. “This organization is focused on innovative approaches to conservation projects and research that benefit both people and giraffe.”

O’Connor is a former researcher with the San Diego Zoo Institute for Conservation Research and is affiliated with National Geographic Magazine, where he has been the lead researcher for more than 30 feature articlesHe’s conducted critical conservation work on Southeast Asian bears, giraffe, elephants, saiga and insects across the world, and has authored and published 18 scientific papers.

He also has extensive experience in wildlife conservation, and is a member of the IUCN’s Species Survival Commission Specialist Groups for giraffe, okapi and bears. He conceived and launched the Twiga Walinzi (Giraffe Guards) Initiative, a community-lead conservation effort in Kenya focused on reticulated giraffes, as well as Wildwatch Kenya, and with partners the Twiga Tracker Program, and the GiraffeSpotter tracking program.

O’Connor and colleagues also completed a massive project last year: the most comprehensive map ever compiled of giraffes’ African geographical range. The map influences conservation planning and management policies for habitat preservation across the range, which is under constant duress from urban growth and agriculture uses such as grazing and farming.

“Our organization operates with urgency, supporting conservation efforts in real time, on the ground,” said Susan Reno Myers, the founder and CEO of Save Giraffes Now. “We had to find a leader with that same passion and ability to get things done, paired with extensive expertise in all areas of conservation both in the U.S. and in Africa. We found that in David.”

Many factors are contributing to giraffes’ decline, including loss of habitat to farming; poaching for meat and trophies; human-giraffe conflict; urban development; population isolation; entrapment in wires and other accidents; and more. This makes conservation a difficult situation, requiring multiple approaches and tools.

SGN currently works with collaborators across nine African countries on programs to conserve giraffe: for example, de-snaring and anti-poaching in Uganda, Kenya and Zambia and reintroduction of the West African Giraffe in Niger. The organization collaborates with Africa-based partners and local communities to protect giraffe, expand habitat or return giraffe to areas where they resided previously.

“Often with conservation, there can be a lag between when it’s identified that wildlife or habitat are in trouble and when action is taken,” O’Connor said. “We’re very focused on smart, action-oriented, community-led projects that address giraffe conservation challenges now, before it’s too late.”

O’Connor is available for interviews and as an expert source on conservation topics. To learn more about O’Connor, Myers, the SGN team and their work, visit SGN’s website, savegiraffesnow.org.

Save Giraffes Now is a registered 501(c)(3) non-profit committed to saving giraffes from extinction by supporting action-oriented projects with immediate impact. Headquartered in Dallas, Texas, Save Giraffes Now (SGN) creates awareness about the significantly declining giraffe populations in Africa and supports on-the-ground programs, such as de-snaring/anti-poaching efforts, rewilding, and community-led projects, to ensure a stable future for this iconic species and the people who live alongside them. All donations to Save Giraffes Now go directly to our projects in Africa.